Many thanks to SEMI for hosting the SVEC Open House at their headquarters in Milpitas.

Tsu-Jae King Liu and Mark Pasquale will be formally brought into the Silicon Valley Engineering Hall of Fame at the February 2019 Engineers Week Banquet.

Keynote Talk “Beyond Oil and Gas: The Methanol Economy”
by Dr. G. K. Surya Prakash
George A. and Judith A. Olah Nobel Laureate Chair in Hydrocarbon Chemistry and Professor of Chemistry at USC

Methanol, a liquid at ambient temperature, is preferable to low volumetric energy density hydrogen gas for energy storage and transportation. It is also an excellent drop in fuel for internal combustion (gasoline) and auto-ignition (diesel) engines. It is an excellent fuel for direct oxidation fuel cells. Dimethyl ether (DME) derived from methanol is a high cetane diesel substitute and also could replace liquefied natural gas (LNG) and liquefied petroleum gas (LPG). Methanol is a convenient feedstock to produce ethylene and propylene that can be converted to synthetic petrochemical products. Chemical recycling of excess carbon dioxide formed from human activities, natural and industrial sources, or even from the air can be converted to methanol via capture followed by reductive conversion with hydrogen. Any available energy source (preferably alternative energies such as solar, wind, geothermal, atomic, etc.) can provide the needed energy for generating hydrogen. Direct electrochemical reduction of CO2 is also possible. Methanol, presently produced from fossil fuel based syngas (mixture of CO and H2), can also be made by direct oxidative conversion of natural gas or other methane sources. Even coal and biomass can be converted to methanol through syngas. The Methanol Economy concept that was jointly developed with the late Nobel Laureate colleague, George A. Olah is expected to solve the energy and material problems of the world in the long run and at the same time address the issue of global warming due to increased CO2 emissions by excessive fossil fuel use by efficient “Carbon Neutral Energy Cycles.” 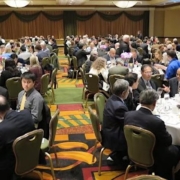 “5G: The Why, The What, and The How”
by Jeni Panhorst, Keynote Speaker for Engineers Week Banquet

New inductees for the 2019 Silicon Valley Engineering Hall of Fame: Social media is fast evolving as the most powerful and disruptive platform for information dissemination. There are hundreds of Online Social Networks and Media (OSNEM) websites online, such as Facebook and Twitter, serving the basic need of human beings to connect. Many people have made news on OSNEM and sprang to instantaneous fame. OSNEM have proven to play a crucial role when there are calamities by contributing to the situational awareness at the affected locations. However, in spite of their largely humanitarian role, OSNEM have been subject to substantial abuse. Given the power the OSNEM command, many have used them with an intention to perpetuate lies, causing substantial damage.

The talk will examine the challenge that the problem poses and some of the approaches that can be taken to solve the problem of falsehood on OSNEM and the Web in general. The talk is planned to be based on the book the speaker authored titled, “Veracity of Big Data using Machine Learning and other techniques,” available at https://www.springer.com/us/book/9781484236321 and major libraries, including those of MIT, Harvard, Stanford, CMU, and internationally. The material will be covered without assuming a lot of math/technical background, so should be easy to understand to anyone who is interested in these topics.

Dr. Vishnu S. Pendyala is a seasoned Technical Leader with over two decades of development, porting, and DevOps experience in the software industry. He graduated with a PhD in Computer Engineering from Santa Clara University. He also holds MBA(Finance), MS(Comp Eng), and BE(CSE) degrees from Indian and US universities. He served as a repeat technical paper reviewer for professional journals and conferences, including the IEEE Computer, the annual IEEE International Conference on E-Commerce from 2003 – 2007, and thirty others over the years. He is a frequent speaker and delivered keynotes and invited talks in international conferences. Dr. Pendyala taught a one-week course sponsored by the Ministry of Human Resource Development (MHRD), GoI under the GIAN program last year. He is on the executive council of CSI SIGDBA and is the founding editor of its flagship publication, Visleshana. He received the Ramanujam memorial gold medal at State Math Olympiad and has been a successful leader during his undergrad years. More about him at https://www.linkedin.com/in/pendyala/ 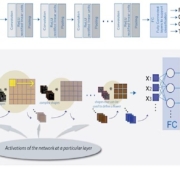 Kiran will be offering a two-day workshop on this topic in September.

Elections for SVEC Board of Directors was held, new directors are: