Throughout his career spanning four decades, Ajit Manocha has been a pioneer, business leader, and champion of industry collaboration as a critical means of advancing technology for societal and economic prosperity. He has been adept at forming strong partnerships with customers, suppliers, governments and communities for these efforts.

Ajit began his career as a research scientist at AT&T Bell Laboratories, where he was granted over a dozen patents related to semiconductor manufacturing processes that served as the foundation for modern microelectronics manufacturing. He went on to hold senior worldwide operations leadership roles at Philips Semiconductors (NXP) and Spansion before serving as President and CEO at GLOBALFOUNDRIES and SEMI. He has served on the boards of SEMI, SIA and GSA. Ajit was an advisor to President Obama on the Advanced Manufacturing Partnership Steering committee and on the President’s Council of Advisors on Science and Technology (PCAST). In 2012, during his tenure at GLOBALFOUNDRIES, Ajit was awarded the prestigious “EHS Achievement Award — Inspired by Akira Inoue” for his commitment and action on Environmental Health and Safety standards. Additionally, he has excelled in people development by teaching courses such as “Leadership by Example” and “Classroom to Cleanroom to Boardroom.”

Currently, as President and CEO of SEMI, Ajit has initiated a major transformation to expand SEMI’s scope and influence to represent the broader electronics manufacturing supply chain. He has positioned SEMI to tackle major challenges facing the industry and support the community by building up Workforce Development and Diversity & Inclusion programs to address the growing talent shortage and lack of gender parity across the industry.

In December 2019, Ajit was named an “All Star of the Semiconductor Industry” by VLSI Research for his visionary leadership in restructuring SEMI from its traditional position to represent the expanded electronics supply chain. 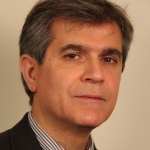 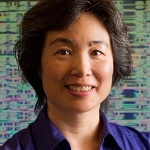