Since co-founding Synopsys in 1986, Dr. Aart de Geus has expanded Synopsys from a start-up synthesis enterprise to the world leader in electronic design automation. Dr. de Geus has long been considered one of the world’s leading experts on logic synthesis and simulation, and frequently keynotes major conferences in Electronics and Design Automation. He has been honored for his industry achievements with the 2001 IEEE Circuits and Systems Society Industrial Pioneer Award, the 2007 IEEE Robert N. Noyce Medal, the 2008 EDAC/CEDA Kaufman award, and the 2009 GSA-Morris Chang Exemplary Leadership Award.

Dr. de Geus is active in the business community, serving on the Boards of the Silicon Valley Leadership Group (SVLG), Applied Materials, the Global Semiconductor Alliance (GSA), and the Electronic Design Automation Consortium (EDAC). He is the recipient of numerous business honors, including 2002 Electronic Business Magazine’s “CEO of the Year” and 2005 “Top 10 Most Influential Executives.” His community leadership was also formally recognized in 2007 when the Silicon Valley Leadership Group (SVLG) awarded him with their “Spirit of the Valley” Lifetime Achievement Award, and then again most recently with the 2011 David Packard Award, Joint Venture Silicon Valley’s highest honor for civic and community service.

He is also heavily involved in education for the next generation, having created the Synopsys Outreach Foundation in 1999, which promotes project-based science and math learning throughout Silicon Valley. The success of this long-term venture can be gauged by the realization that as of 2012, the Foundation has engaged more than one million students and teachers. 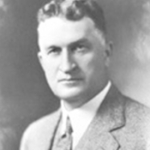 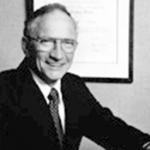