Bernard (Barney) M. Oliver, a native of Santa Cruz, armed with an undergraduate degree at age 19 from Stanford, a Ph.D. from Caltech, and twelve years at Bell Telephone Laboratories entered employment at Hewlett-Packard in 1952. He became Director of Research and later Director of the Hewlett-Packard Laboratories where he had ultimate responsibility for research and development. In the late 1960’s and early 1970’s Dr. Oliver the leader in the design of the HP-9100, the most advanced programmable desktop electronic calculator of its time, and the HP-35, the world’s first hand-held electronic calculator. His opinion became the court of last resort for HP’s advanced development. David Packard called him “one of the greatest applied scientists of this century.” To Bill Hewlett, Barney Oliver was “one of the truly great engineers of his time.”

After 28 years at Hewlett-Packard Dr. Oliver retired from full-time duty there, but continued part-time as Technical Advisor to the President of HP. In addition, his interests turned to other matters: supervising the design of future very large radio-telescope arrays for NASA, biologic controls for agriculture, and search for extraterrestial life with the SETI Institute. Dr. Oliver held over 60 patents and was author of many technical papers. He was thoroughly engaged in these activities until the day of his death on November 23, 1995.

Dr. Oliver was a true Renaissance man who greatly enjoyed art, music and literature. He served with distinction on the Palo Alto School Board for twelve years and at one time was President of IEEE. He received many honors. In 1986 he received the National Medal of Science for translating physical science into electronic systems that have enriched the lives of all Americans. 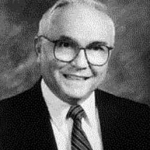 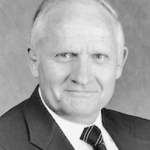