David A. Hodges is the Daniel M. Tellep Distinguished Professor Emeritus at the University of California, Berkeley. He earned the B.E.E. degree at Cornell University and the M.S. and Ph.D. degrees at Berkeley.

From 1966 to 1970, he worked at Bell Telephone Laboratories in Murray Hill and Holmdel, NJ. In 1970, he joined the EECS faculty at UC Berkeley. Professor Hodges made major research contributions in mixed signal integrated circuit design, which continue to have pervasive influence on the field. He led the development of the field of semiconductor manufacturing through the establishment of the IEEE journal in the field, advocacy of early financial support from industry and government, and the establishment of a leading academic program at Berkeley. Following a year as Chair of the EECS Department, he served as Dean of the College of Engineering from 1990 to 1996. He has made important contributions in engineering education through his teaching, his authorship of a leading textbook, and through his leadership at Berkeley and in the profession. He was the founding Editor of the IEEE Transactions on Semiconductor Manufacturing, an Editor of the IEEE Journal of Solid-State Circuits, and a Chairman of the International Solid- State Circuits Conference.

He is a Fellow of the IEEE and a Member of the National Academy of Engineering. He is a former Director of Silicon Image, Inc. and of Mentor Graphics Company. He currently serves as Vice-President of the IEEE for Publications and as a member of the IEEE Board of Directors. 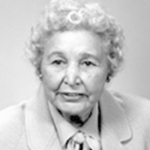