Dr. Thompson, an IBM Fellow at the company’s Almaden Research Center in San Jose, is a pioneer in the design and development of thin film and magnetoresistive (MR) recording heads, which have enabled enormous increases in the capacity of data storage devices. He recognized very early that the magnetoresistive effect could be used in data recording and was the first to propose many of the technical innovations adopted by the industry. He holds many key patents related to MR head technology.

Vast increases in storage capacity make it possible to create massive databases and to store images, video, and sound, as well as text. Currently, storage system capacity is growing at 60 percent per year, and this is attributable for the most part to MR heads, which are used in all IBM storage products and are becoming a standard for the industry.

Dr. Thompson received his B.S., M.S. and Ph.D. degrees in electrical engineering from the Carnegie Institute of Technology (now Carnegie-Mellon University), Pittsburgh, Pennsylvania, in 1962, 1963, and 1966, respectively, where he began his research on magnetic thin films. He continued his work on magnetic recording when he joined IBM in 1968 at the Research Division’s Thomas J. Watson Research Center in Yorktown Heights, N.Y. In 1980, he was named an IBM Fellow, the company’s highest technical honor. He moved to the Almaden Research Center in 1987.

Dr. Thompson is a Fellow of the Institute of Electrical and Electronics Engineers (IEEE), and a member of Sigma Xi, Tau Beta Pi, Eta Kappa Nu, and the IEEE Magnetics Society. He is a past president of the IEEE Magnetics Society, having previously served as vice president and secretary-treasurer. In 1992, he received the IEEE Cledo Brunetti Award “for pioneering work in miniature magnetic devices for data storage.” He was elected a member of the National Academy of Engineering in 1988, and in 1993 received the Inventor of the Year Award from the New York State Patent, Trademark and Copyright Law Association, Inc. 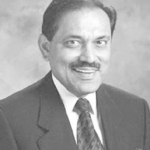 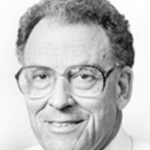