David Packard is co-founder, past President, Chief Executive Officer, and Chairman of the Board of Directors of Hewlett-Packard Company. His pioneering work in the design and development of electronics instrumentation, beginning with the audio oscillator, led to the formation of the multi-national corporation which hears his name. This achievement symbolizes the engineering excellence and entrepreneurism of the Silicon Valley.

Dr. Packard has served as the United States Deputy Secretary of Defense, as Chairman of the President’s Blue Ribbon Commission on Defense Management, and as a member of the White House Science Council. He is co-founder and past chairman of the American Electronics Association and has served on the boards of several major corporations. Dr. Packard has also served in positions of leadership with Stanford University, the Stanford Mid-Peninsula Urban Coalition, the Committee for Economic Development, the National Merit Scholarship Corporation, the Herbert Hoover Foundation, the American Enterprise Institute, and The Nature Conservancy. He is Chairman of the David and Lucille Packard Foundation.

Dr. Packard is a member of the National Academy of Engineering, an honorary lifetime member of the Instrument Society of America, and a Fellow of both the Institute of Electrical and Electronics Engineers and the American Academy of Arts and Sciences. He was awarded the Bachelor of Arts and Master of Science in Electrical Engineering degrees from Stanford University, and honorary doctorates from several distinguished universities. 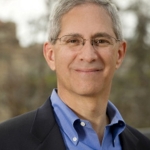 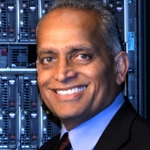