David Patterson holds the E.H. and M.E. Pardee Chair of Computer Science at the University of California, Berkeley, where he has taught computer architecture since 1977. At U. C. Berkeley, David led the entire RISC project, which likely produced the first VLSI Reduced Instruction Set Computer. This research became the foundation of the SPARC architecture, and inspired many other microprocessors since. This work has been recognized as one of the most significant microprocessor advances in the industry, and is currently used by companies including Sun Microsystems and Fujitsu.

David is a fellow, as well as the current president, of the ACM. He is also a fellow of the Computer Society of the IEEE, and a member of the National Academy of Engineering, and he sits on the National Academy of Sciences Computer Science and Telecommunications Board and the Computing Research Association Board. He has served as chair for: the CS Division in EECS at Berkeley, the ACM SIG in Computer Architecture, and the Computing Research Association. He has consulted for Digital, Hewlett Packard, Intel, and Sun Microsystems, and is an advisory board member of several startup companies. He has co-authored five books.

David has received numerous awards for his engineering accomplishments from the IEEE, UCLA, and SIGMOD. In addition, his outstanding contributions as a teacher have been awarded and recognized by the University of California, the ACM and the IEEE. 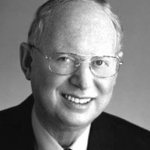 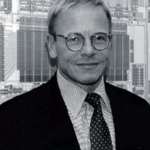