Edward L. Ginzton’s life and career have a storybook quality about them that so often seems to set apart those who excel in a number of fields. Born in the Ukraine, he escaped the chaotic aftermath of the Russian Revolution to arrive in San Francisco in 1929 at the age of 13. With little initial knowledge of English, by 1940 he had earned Bachelor’s and Master’s degrees in electrical engineering from the University of California at Berkeley, and a Ph.D. in electrical engineering from Stanford University. His discovery of the balanced feedback principle was enough to gain a teaching assistantship at Stanford. There he was attracted to the microwave research being conducted by Russell and Sigurd Varian, with Professor William Hansen, which led to their invention of the klystron tube, a forerunner of radar. He began to contribute his own inventions and, with the dawn of World War II, moved with the Stanford team to New York where their work continued at Sperry Gyroscope Company.

After the war, Dr. Ginzton returned to Stanford to teach and help form the university’s Microwave Laboratory. Work done there saw him lead the successful completion of the Stanford Linear Accelerator and pioneer, with Dr. Henry Kaplan, the use of smaller linear accelerators in radiotherapy treatment for cancer. In 1948, he helped found Varian Associates and went on to become the company’s chairman and chief executive officer. He would continue as chairman until 1984, overseeing Varian’s evolution into what is today a world leadership position in radiotherapy systems for cancer treatment, NMR instrumentation, and semiconductor equipment, as well as electron devices. Dr. Ginzton retired from Varian’s Board of Directors in 1992 and holds the title of chairman emeritus. 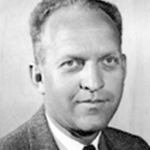 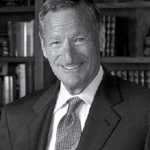