Fredrick J. Moody, a pioneer and internationally recognized, received his BS in Mechanical Engineering at the University of Colorado in 1958. Also in 1958 he began working at the General Electric (GE) Nuclear Energy Division in San Jose, California. He went on to earn both his MS (1966) and PhD (1971) in Mechanical Engineering from Stanford University.

His achievements over the years have been acknowledged with reciept of the following awards: ASME Alfred Nobel Award for Outstanding Paper in 1966 at Standord University; General Electric Power Sector Award for Contributions to the State-of-the-Art for Two-Phase Flow and Reactor Accident Analysis, 1980; George Westinghouse Gold Medal Award, 19080; Elected Fellow of the American Society of Mechanical Engineers (ASME), 1981; ASME Pressure Vessels and Piping Award, 1999; and listing in “Who’s Who in the West,” Marques, Inc. In addition, has has published three books and more than 50 papers.

Dr. Moody was an Adjunct Professor of Mechanical Engineering at San Jose State University (SJSU) since 1972. A very effective and well-respected teacher, his mastery of the subject was readily apparent and the clarity of his presentation phenomenal. In 1981 he also provided invaluable guidance in proposing and formulating thesis assignments for GE employees. Dr. Moody has been mentor and role model to his students at SJSU, GE and, throughout the nuclear power industry.

After 41 years of distinguished service at GE and 28 years at SJSU, Dr. Fred Moody retired in July 1999, yet he continues to publish and lecture in the nuclear energy field. He and his wife Phyllis now reside in the Gold Rush Area in Murphys, California. 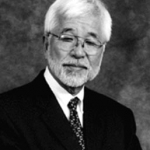 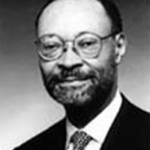