Dr. George L. Sullivan came to Santa Clara University as Professor of Mechanical and Electrical Engineering in 1912 to establish the School of Engineering. He was named Dean of Engineering in 1918 and remained in that role for 37 years. During World War II, he organized and conducted courses for the Federal Engineering, Science, and Management Program. Through his efforts, the school achieved ECPD accreditation in 1937.

Dr. Sullivan was named Dean Emeritus on his retirement in 1955. In 1961, a new Engineering Center was completed and named in recognition of his dedication, leadership, and inspiration. This program was timely to meet the needs of the technology boom destined to transform the agricultural “Valley of Hearts Delight” into “Silicon Valley.”

Dr. Sullivan was also an eminent practicing professional engineer. He held the position of Santa Clara City Engineer from 1928 to 1934. In addition, he was a consulting engineer for the San Jose Sewage Treatment Plant, Dr. Charles G. Hyde of the University of California at Berkeley, the Santa Clara and Santa Cruz Counties sewage collection and disposal, the Golden Gate Bridge construction, the Santa Clara-Alameda-San Benito Counties Water Authority, the Santa Clara Valley Water Conservation District, the U.S. Department of the Interior (Saline Water Conversion), the Board of Regents of the University of California, the California State University Board of Trustees on Engineering Education, and the Chair of the City of Santa Clara Planning Committee.

Dr. Sullivan was granted Mechanical Engineer License No. 1 by Governor Earl Warren and was the first president of the California State Board of Registration for Professional Engineers. 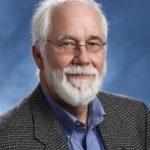 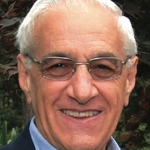