James M. Hait was born in Brooklyn, New York and raised on a dairy farm in New Jersey. Not wanting to be a dairyman, he went to Rensselaer Polytechnic Institute and in 1928 graduated with a BSME, in 1962, RPI award him a Doctor of Engineering (Honorary ) degree. He started his career with Peerless Pump in Los Angeles and soon became Chief Engineer and the inventor of significant improvements in the efficiency of deep well turbine pumps. In 1932, FMC acquired Peerless and Jim Hait started his 44 year career with FMC. During World War II he led FMC’s efforts to develop and manufacture 30,000 of the famed Water Buffalo amphibious vehicles for the Navy and Marines.

In 1946, he was appointed Corporate Director of Engineering and established FMC’s Central Engineering Laboratory in San Jose, which was responsible for developing technology and products for FMC’s non-defense Machinery Divisions.

With the onset of the Korean War, he was instrumental in founding FMC’s Ordinance Division which over the years developed and manufactured thousands of armored amphibious vehicles and other military equipment for the armed forces. In 1956, Hait became Executive Vice President of FMC, President in 1960 and Chairman in 1966. He was inducted into the Army’s Ordinance Hall of Fame in 1981.

He has actively supported his profession and the community. He is a member and Fellow of ASME, member of SAE and the National Academy of Engineering. He has served on the boards of seven companies, and on the advisory boards of Stanford, Santa Clara University, and Cal Tech. He was a mentor to many young engineers. Even with his increasing management responsibilities, he continued to invent and has been issued 76 patents in a widely diversified range of machinery products. 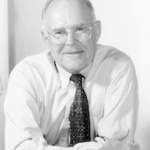 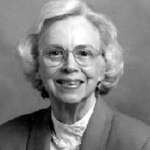