Dr. John G. Linvill is the Canon U.S.A. Professor of Engineering, Emeritus, at Stanford University. He has been a pioneer in establishing research and teaching in transistors and solid state devices at Stanford, and in attracting to Stanford many outstanding faculty members who had a significant impact on the development of Silicon Valley. He is a noted author in the fields of semiconductors, integrated circuits, and electroacoustics and holds eleven U.S. Patents.

Dr. Linvill led the development of the reading aid for the blind known as the Optacon, or Optical-to-Tactile Converter, an instrument that allows vision-impaired persons to read ordinary printed material. He helped transition the device to industry through participation in the founding of Telesensory Systems, Inc. (now TeleSensory Corporation). He has served on the boards of several local corporations and has been an active leader of technical committees for the National Research Council, the National Aeronautics and Space Administration and the Institute of Electrical and Electronics Engineers.

Dr. Linvill is a Fellow of the Institute of Electrical and Electronics Engineers. He is a member of the National Academy of Engineering, the American Academy of Arts and Sciences, Eta Kappa Nu, and Sigma Xi. He is the recipient of the 1976 IEEE Education Medal, the 1979 John G. McAulay Award from the American Association of Workers for the Blind, and the 1983 AEA Medal of Achievement. Dr. Linvill received the Bachelor of Arts degree in Mathematics from William Jewell College, and the Bachelor of Science, Master of Science and Doctor of Science degrees in Electrical Engineering from the Massachusetts Institute of Technology. 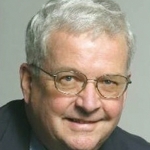 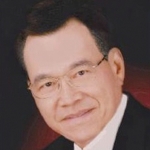