Born in Boston, Massachusetts, Dr. Joseph Goodman moved to Silicon Valley in 1958 to pursue graduate work in electrical engineering at Stanford University. Although his Ph.D. research was on radar countermeasures, he later changed his field to modern optics. He joined Stanford’s electrical engineering faculty in 1967 and was chair of that department from 1988 to 1996. He was the Senior Associate Dean for Faculty and Academic Affairs for the School of Engineering from 1996 to 2000 and assumed Emeritus status in 2001.

Dr. Goodman has published pioneering papers on optical imaging, optical signal processing, holography, coherence theory, and other areas of modern optics. These include more than 230 journal papers as well as three books for which he was the sole author, including Introduction to Fourier Optics, Statistical Optics, and Speckle Phenomena in Optics. During his time at Stanford he supervised 49 Ph.D. students.

In 1984, Dr. Goodman and two colleagues founded Optivision, Inc., which specialized in both video compression and photonics. In 1997, the photonics group was spun out to form a new company, ONI Systems, Inc., which was one of the first companies to develop equipment for metro-scale optical networks. He served as the founding board chairman until the company’s IPO in 2000. After a highly successful IPO, ONI Systems, Inc. was later acquired by Ciena. Dr. Goodman served on the Board of Directors of E-TEK Dynamics from the time it went public until it was acquired by JDS Uniphase Corporation in June 2000. 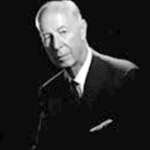 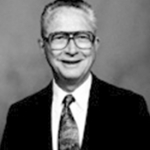