Mihir Parikh graduated from the University of California at Berkeley with a B.S. degree in engineering physics in 1969, and with a Ph.D. in engineering science in 1974. He received an Outstanding Alumnus Award from the Department of Electrical Engineering and Computer Sciences at UC Berkeley for his visionary leadership in the development of advanced semiconductor manufacturing environments.

Dr. Parikh has been widely published on topics of electron beam lithography, theoretical and experimental radiation physics, applications of tunneling spectroscopy, and wafer automation and transfer systems. He is the past chairman and organizer of the ECS Symposium on “Automated IC Manufacturing” and a past organizer of a University of California at Berkeley short course in cleanroom technology. In 1999, he was a recipient of the Semiconductor Equipment and Materials International Award for North America for his significant contributions to the semiconductor industry. Dr. Parikh is a current board member of The Tech Museum of Innovation. 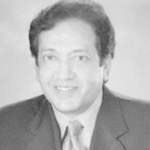 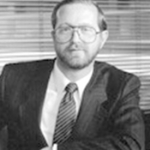