An electrical engineer, inventor and entrepreneur, he is probably best known for his invention of packet switching at RAND in 1960. Also at RAND he came up with the idea of the doorway gun detector (1964) and developed an early working feasibility model.

Has invented several new technologies and created companies to turn these concepts into reality. Among his inventions are the small dish satellite transceiver using spread spectrum creating Equatorial Communications Co. Another communications invention was the Telebit modem the first OFDM modem, the fastest of its day. The next company Packet Technologies, later morphed into Stratacom, based on fast packet switched voice. Then came Metricom that used unlicensed frequencies to create a highly reliable mesh packet radio network for electric power utility metering and control, and later as the Ricochet network for lap top computers.

While retired, he remains engaged in NovoVentures his private company working on new technology developments.

He is married to Evelyn M. Baran, has one son, David, and three grandchildren. 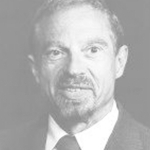 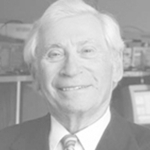