Tsu-Jae King Liu was born in Ithaca, NY and raised in the San Francisco Bay Area. She earned her B.S., M.S. and Ph.D. degrees in Electrical Engineering from Stanford University. From 1992 to 1996 she worked at the Xerox Palo Alto Research Center as a Member of Research Staff. In August 1996 she joined the faculty of the University of California at Berkeley, where she presently is the Dean and Roy W. Carlson Professor of Engineering.

She is best known for the development of polycrystalline silicon-germanium thin film technology for applications in integrated circuits and microsystems, and for co-developing the three-dimensional “FinFET” transistor design that is used in all leading-edge microprocessor chips today. Her awards include the DARPA Significant Technical Achievement Award (2000) for development of the FinFET, the IEEE Kiyo Tomiyasu Award (2010) for contributions to nanoscale MOS transistors, memory devices, and MEMs devices, the Semiconductor Industry Association Outstanding Researcher Award (2014), and the Semiconductor Research Corporation Aristotle Award (2016). 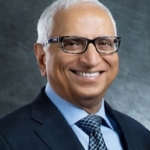 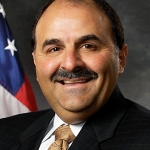