A native son of Silicon Valley, Dr. Jim Omura was born on a strawberry farm in Campbell and spent three early years in a Japanese American relocation camp in Wyoming during WW II. Except for fifteen years as a UCLA professor of Electrical Engineering, his career has been in Silicon Valley.

Jim worked on early digital radio communication systems at the Stanford Research Institute (SRI) in Menlo Park. While at SRI he proved the optimality of the Viterbi Algorithm for decoding convolutional codes. This work, based on Dynamic Programming applications to communication systems first used in his Ph.D thesis, is very general and included all finite memory systems including communication links with intersymbol interference. In 1969 he joined the faculty at UCLA where he published over 100 papers, directed the research of 22 Ph.D students, and co-authored books Principles of Digital Communication and Coding (co-authored with Andrew Viterbi, co-founder of Qualcomm) and Spread Spectrum Communications, vol I, II, and III.

In 1984 Jim returned to Silicon Valley where he founded the Cylink Corporation which became the leader in providing data encryption systems for enterprise networks. In 1989 he designed some of the first direct sequence spread spectrum digital radios for the wireless metropolitan area network market. Cylink became the market leader for unlicensed FCC Part 15 digital radios which later led to the WiFi standard and today’s widespread wireless access applications. Cylink had an IPO in 1996.

Starting as a volunteer in 2001, Dr. Jim Omura now works part-time for the Gordon and Betty Moore Foundation in Palo Alto where he manages Science grants focused in astronomy, open access scholarly publication systems, and technologies for environmental applications.

During his UCLA years, he was a visiting professor in Australia and Brazil. He enjoys scuba diving, jogging, hiking and has traveled extensively through Latin America, Asia, and the Middle East to market Cylink wireless products in developing countries. He obtained BS and MS degrees from MIT in 1963 and a Ph.D. degree from Stanford in 1966, all in Electrical Engineering. 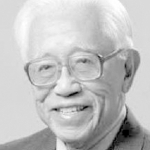