Ken Levy is the Chairman of the Board of KLA-Tencor Corporation. He founded KLA Instruments in 1974, and was the CEO of the company for 25 years. KLA-Tencor one of the three largest semiconductor capital equipment companies in the world, is the leading company in inspection, metrology and yield management systems serving the semiconductor industry.

Ken began his career as an engineer in the aerospace industry in 1962 and worked on simulation for both military and space vehicles. In 1969, he joined the founding team of Computervision Corporation, and held a number of technical and management positions, including President of the Cobilt Division, a company that pioneered in automation and lithography equipment for the semiconductor industry.

Also, Ken has continued to give back to the community. Ken and his wife, Gloria, have established and support a number of charitable educational endeavors, as well as leading the campaign to build a new Jewish Federation Campus in San Jose, which will house both educational and philanthropic organizations.

Ken Levy received his Bachelor of Science in Engineering (Electrical), College of New York, in 1963. He received a Master of Science, Electrical Engineering, Syracuse University, in 1967. He has received a number of awards and honors: he is a member of the National Academy of Engineering; has received the SEMI’s Lifetime Achievement Award; the Needham Legend of the Industry Award; Harvard’s CEO of Year Award; and many others for his technical and business achievements. 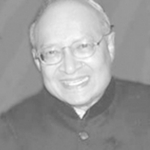 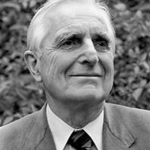