Leo W. Ruth is founder, past president, and advisory director of Ruth and Going, Inc. He is the designer of Santa Teresa General Hospital and The Villages Adult Residential Complex, both in San Jose.

Mr. Ruth is the recipient of the 1978 San Jose City Council Distinguished Citizen of the Year Award, the 1978 Community Service Award from the B’nai B’rith Anti-Defamation League, the 1973 Spirit of Life Award from the City of Hope, and the 1970 Brotherhood Award from the National Conference of Christians and Jews. He holds the Bachelor of Civil Engineering Degree from Santa Clara University. 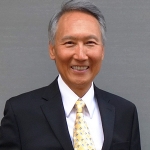 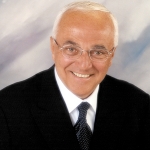