Michael H. Antonacci is Planning Director Emeritus for the City of San Jose. He provided engineering expertise and planning direction for the city’s phenomenal growth, particularly during the period following World War II. As Director of Planning for the City of San Jose from 1929 until his retirement in 1965, he pioneered many standards and criteria in urban design and led the development of standards for recreation facilities for cities of all classes.

Mr. Antonacci’s accomplishments include the planning and design of Spartan Stadium, the San Jose Government Center, and the land use map for the nine county Association of Bay Area Governments. He was Planning Consultant to the Sacramento Redevelopment Agency and has been a lecturer in City Planning and Urban Design. Mr. Antonacci has served on the boards of several local philanthropic, community, and environmental organizations, including the League of California Cities, the Board of Pacific Neighbors, the Montalvo Association, the Engineers Club of San Jose, the San Jose Symphony Association, the American Red Cross, and the Community Chest of the United Fund. 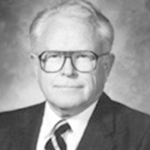 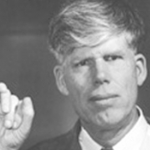