Norman O. Gunderson was Chairman of the Division of Engineering and Mathematics at San Jose State College from 1956 to 1960. He served as Dean of Engineering until 1970. Under his leadership, engineering education developed into a professionally recognized school of engineering. He led the political fight to remove imposed restrictions on the State Colleges from offering accredited engineering programs. As a result, the restrictions were removed and San Jose State was the first engineering program to become professionally accredited and also to offer a masters degree. During these tumultuous years, Dean Gunderson led a major effort to plan and develop a new 4.5 million dollar engineering building. The dedication ceremony took place in 1963; another major milestone had been achieved.

Dean Gunderson has served as president or chairman of the San Jose Branch of the American Society of Civil Engineers, the Phi Kappa Phi Honor Society, the Engineers Club of San Jose, the statewide Engineering Liaison Committee, and the Pacific Southwest Section of the American Society for Engineering Education. In recognition of his accomplishments from 1948 to 1980, he was awarded the San Jose State University Engineering Award of Distinction in 1981. He was also honored by receiving the Distinguished Alumnus Award from the University of Wyoming, 1979. Mr. Gunderson received both his Bachelor of Science (1939) and Master of Science (1947) degrees in Civil Engineering from the University of Wyoming and his professional C.E. degree from Stanford University in 1955. 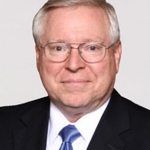 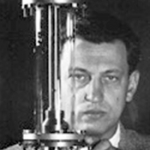