Roy Clay, Sr. was a key figure in the development of Hewlett-Packard’s computer division. In the early 1970’s, at the beginning of Silicon Valley, Kleiner Perkins Caufield and Byers selected him as the computer consultant for prospective investments in start up companies such as Tandem Computers, Compaq and Intel Corporation.

He lead the team that engineered HP’s first foray into the computer market with the development of the 2116A computer in 1966. Not only was he the first Director of the HP Research and Development Software and Hardware Group, he was a founding member of the HP Computer Division. He served as Interim General Manager following Tom Perkins of Kleiner Perkins Caufield and Byers.

His company, based in Menlo Park, California is a leader in youth development. ROD-L Electronics was the recipient of the “Dads Count Family Friendly Employer Award” issued by The County of San Mateo. Roy has worked tirelessly for over 35 years in Silicon Valley in leadership positions in community-based organizations with the objective of “improving the quality of life in the community.” He served on The City Council for The City of Palo Alto (1973-1979) and as Vice Mayor (1976-77). 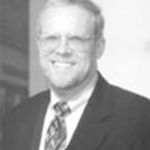