Sigurd F. Varian was the co-inventor of the Klystron. Working in the physics laboratories at Stanford, Sigurd built the first model, designed by his brother, in 1937; they formally announced their invention in 1939. During World War II, they developed radar systems based on the Klystron, earning several patents. The Klystron has played an important part in the development of the microwave industry, and is today used in many diverse applications, ranging from UHF-TV to the Free-Electron Laser. In 1950, the Varians were awarded the John Price Wetherill Medal of the Franklin Institute of Philadelphia “in recognition of their foresight… energy and technical insight in developing… the klystron…”

Russell and Sigurd Varian were co-founders in 1948 of Varian Associates, the first company to occupy a site in Stanford Industrial Park, “spawning ground” of Silicon Valley. Initially, Sigurd Varian served as Vice-President for Engineering; and served on the Board of Directors until his death, also serving as Chairman for several years.

Although Sigurd Varian was very different from his older brother in many ways, he shared Russell’s gift for invention. He devised gadgetry of all kinds, from a precision high-speed drill press to a system of pumps, filters, and heaters for his swimming pool, receiving patents for some. His early experience as a pilot for Pan American Airways stimulated his interest in the development of an all-weather navigation system operating at microwave frequency.

Sharing a deep sense of responsibility to their associates, Sigurd Varian and his brother pioneered profit-sharing, stock-ownership, insurance, and retirement plans for employees long before these benefits became mandatory. 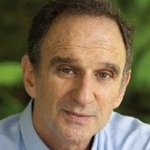 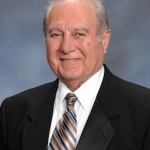