Esther Williams was a Reliability Engineering Specialist with Lockheed Missiles and Space Company for over thirty years, and is an internationally recognized expert in aerospace materials and failure analysis. Her visionary work spans more than three decades, beginning with her direction of the Failure Analysis Team for the Lockheed Skunk Works. She was the first person to recommend the use of titanium in aircraft and the first to apply material analysis to microelectronic devices. Her research has defined and extended the use of beryllium, molybdenum, titanium, and various other materials in both aircraft and spacecraft systems.

Ms. Williams is a founder of both the Los Angeles and Santa Clara Valley Sections of the Society of Women Engineers, serving as President, Regional Director, and National Convention Chair. Her community work with the Girl Scouts gained her the 1990 Juliette Gordon Low Award from the Girl Scouts of Santa Clara County. She has also furthered the future of her profession by her efforts in establishing the Santa Clara Valley Society of Women Engineers Scholarship Program. 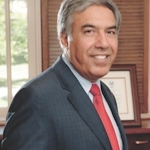 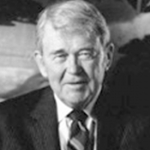