Jane G. Evans earned her Bachelor of Science in chemistry from Rice University and worked at Union Carbide, Los Alamos Scientific Laboratory and the National Reactor Testing Station. When she moved to the Bay Area, she quickly realized the importance of electronics and became the first woman to graduate in Electrical Engineering from San Jose State University.

Mrs. Evans subsequently was the first woman engineering graduate to be hired by Hewlett-Packard. For twenty-five years, she played a significant role in HP’s rise as a global provider of electronics and computers. Her projects included the first atomic clock, several instruments and RTE, a real time operating system. She established programs for marketing these products and personally introduced the technology to hundreds of engineers and customers. Finally, she led the way in the philanthropy department, providing modern equipment to many colleges and universities. She has been a role model to countless engineers, women and men, exemplifying the best of the profession.

Jane G. Evans has been an active leader of IEEE, serving in local, regional, and national levels. Most recently she was Chair of the Board of Directors of the 1997 WESCON meetings. Under her leadership, this meeting was the first held in the Silicon Valley.

Mrs. Evans is a fellow of both the American Association for the Advancement of Science and the Society of Women Engineers. She has received the IEEE’s Centennial Medal, the Career Action Center’s Woman of Vision Award, San Jose State University’s Engineering Award of Distinction and the Girl Scouts of Santa Clara County’s World of Today and Tomorrow Award. 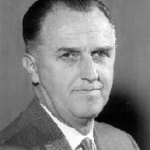 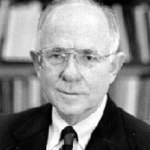