A pioneer in the space industry, Robert E. Berry is Chairman Emeritus and Systems Fellow of Space Systems/Loral (SS/L), a Palo Alto company that designs and manufactures high-power commercial satellites for television broadcast, satellite radio, broadband Internet and a variety of mobile communications applications. Mr. Berry was general manager of Ford Aerospace’s Space Systems Division from 1977 until 1990, when the company became Space Systems/Loral (SS/L). At that time, he was named president and he was named chairman in 1999. He was also Senior Vice President of parent company Loral Space & Communications.

Under Mr. Berry’s leadership Space Systems/Loral developed some of the world’s most innovative communications and meteorological satellite projects for defense, civil and commercial applications and he played an important role in growing what is today’s commercial satellite industry.
Mr. Berry has been distinguished by numerous honors. In 2007 he was inducted into the SSPI Hall of Fame and he received the ISCe Lifetime achievement award. In 2003 he received the Arthur C. Clarke Foundation’s lifetime achievement award for leadership and creative engineering and management in the design and launch of more than 170 satellites. In 1999 he was named a Fellow of the American Institute of Aeronautics and Astronautics (AIAA) and in 1996 he received the AIAA’s Aerospace Communications Award.
Under his direction SS/L pioneered space borne high power energy management technology, culminating in applications for direct broadcast and multipurpose satellites and the 125 kW system for the International Space Station. Known for his willingness to push innovative concepts, he also directed SS/L’s industry leading development of three-axis stabilization and multiple beam and shaped beam antenna applications.
Mr. Berry is a member of the AIAA, the IEEE, the Armed Forces Communications and Electronics Association, and NSIA. In addition to his role as a member of the Commercial Space Transportation Advisory Committee for the U.S. Department of Transportation and the Space Systems Technology Advisory Committee for NASA, Berry served under Gerald Ford as a Deputy Director of Defense Research & Engineering. He holds a B.S. degree from Manhattan College and a master’’s degree from the Wharton School at the University of Pennsylvania. 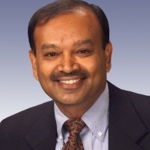