Dr. John L. Hennessy is the President of Stanford University and since September 1986, he has been a Professor of Electrical Engineering and Computer Science. He served as Provost from June 1999 to August 2000. Dr. Hennessy was the Dean of the Stanford University School of Engineering June 1996 through June 1999. He was Chairman of the Department of Computer Science for Stanford September 1994 through March 1996.

Professor Hennessy initiated the MIPS project at Stanford University in 1981. MIPS is a high performance Reduced Instruction Set Computer (RISC), built in VLSI. MIPS was one of the first three experimental RISC architectures. In addition to his research role, Dr. Hennessy has played a key role in transferring this technology to industry. During a sabbatical leave from Stanford in 1984-85, he cofounded MIPS Computer Systems (now called MIPS Technologies, Inc.), which specializes in the production of chips based on these concepts. He also led the Stanford DASH (Distributed Architecture for Shared Memory) multiprocessor project. DASH was the first scalable shared memory multiprocessor with hardware-supported cache coherence. 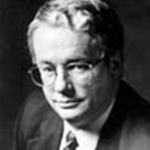 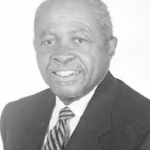