Chenming Hu is TSMC Distinguished Professor of Microelectronics Emeritus at University of California, Berkeley and Chairman of Friends of Children with Special Needs based in the Silicon Valley.

Dr. Hu was the lead inventor and developer of the 3D transistor, FinFET, that has allowed the semiconductor technology to advance beyond 20nm and the Moore’s Law extended. He leads the development of the BSIM family of transistor models. They are industry-standards and have bridged integrated circuits (IC) design and IC manufacturing around the world since 1996. He also developed IC reliability tests and models that have been widely used by the semiconductor industry since 1980’s.

Dr. Hu received the National Technology and Innovation Medal from President Obama in the White House in 2016. Institute of Electrical and Electronic Engineers called him “Microelectronics Visionary – achievements critical to producing smaller yet more reliable and higher-performance integrated circuits.” It awarded him the Jack Morton Award, the Solid State Circuits Award, and the Nishizawa Medal. He is a member of the US Academy of Engineering, Chinese Academy of sciences, Academia Sinica, and The World Academy of Sciences.

Dr. Hu has published five books on solar cells, semiconductor devices, FinFET and BSIM models as well as 1000 research articles. Among the education awards that he has received are the SRC Aristotle Award, IEEE EDS Education Award, and UC Berkeley’s highest honor for teaching – the Berkeley Distinguished Teaching Award. 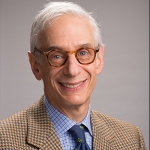 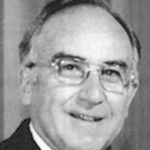